The Family is the Fundamental Unit of Society 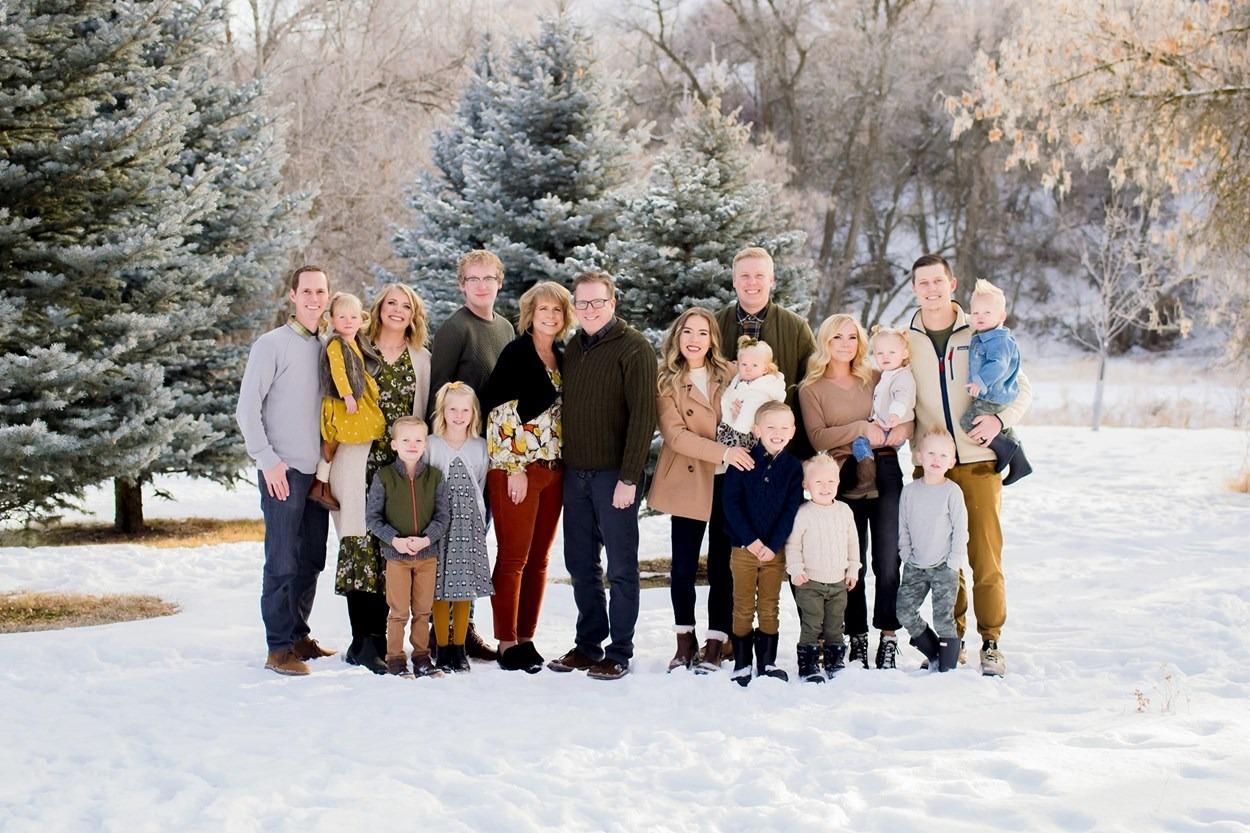 I am fully supportive of the statement found in our Cache GOP Platform which says: "The family is the fundamental institution and strength of our society. We support legislation which recognizes the rights and the responsibilities of parents for their minor children. We believe in the right to life for both the born and unborn, and we strongly oppose legalizing abortion except to preserve the life or health of the mother or in cases of rape or incest. We believe that men and women should be responsible in their sexual relationships and that parents should teach that responsibility to their children. We urge the strengthening and enforcement of laws protecting against pornography, prostitution, abuse within families, and the abdication of parental responsibility."

During the 2021 General Session I co-sponsored several bills that support Utah's families:

H.B. 72 which, when put into effect will require tablets and smart phones sold in Utah to automatically enable a filter capable of blocking material that is harmful to minors.

H.B. 92 which prohibits a physician or surgeon from performing transgender procedures on a minor children. The bill failed to become law. Representative Rex Shipp has promised to run the bill again in the 2022 General Session.

H.C.R. 8 which reaffirms that the state is secondary to and supportive of the primary role of a parent in educating the parent's children; and recognizes the importance of flexibility in education schedules and systems and commits to support options for parents and children.

I am unapologetically pro-life and believe in the sanctity of life.

Democrats are pushing the definition of an abortion to later and later in the term of a pregnancy, even defining it outside of the mother’s womb. That is infanticide.

We have to be as strong and as pronounced as possible in our protection to the right to life and sanctity of life.ur issue summary here. 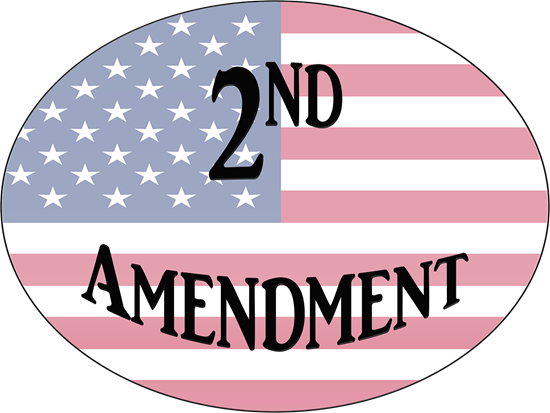 The second amendment was included in the Bill of Rights to protect us from an overreaching government. It was not intended to ensure our ability to hunt for food. Laws that limit our ability to protect our homes, our families and our communities have no place in Utah. I was a co-sponsor on H.B.60 which guarantees Utahns, 21 years old or older, the right to carry a firearm or carry a concealed firearm in a public area without a permit.

I have had a Concealed Firearm Permit for many years and have been endorsed by the NRA.

Taxes and Other Fees 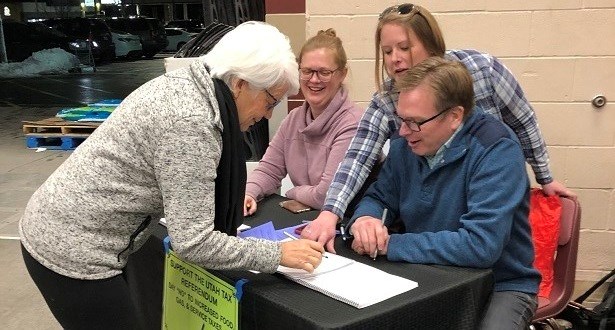 The Cache County GOP Platform reminds us that "The combined burden and complexity of Federal, state, and local taxes are too severe. Republicans support tax reforms at each level, including reducing tax rates, simplifying tax rules and reports."

I spent many hours gathering signatures at the Macys in Providence to ensure the voter referendum had enough signatures to overturn the  tax reform bill passed by the state legislature in December of 2019.

During the 2021 & 2022 sessions I supported measures to reduce Social Security and Income Taxes. The total savings totals to Utah families is over $300 million dollars.

During the 2022 General Session I sponsored two bills to protect the personal property rights of the citizens of Utah. HB85 would have prevented the government from exercising eminent domain to forcibly take private property to create a public park. Although citizens are overwhelmingly in favor of the bill, and it received a favorable recommendation from the House Political Subdivisions Committee, it died on the House Floor when the majority of State Representatives voted in opposition. The power of the lobbyist is undeniable. 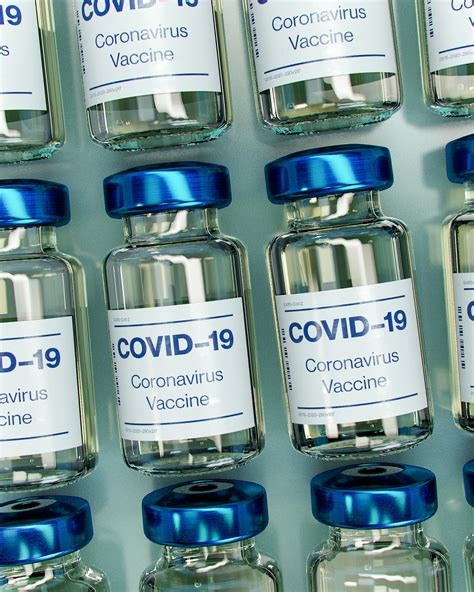 There are three branches of government. Each has responsibilities that the others cannot assume. The legislative branch is responsible for creating laws, the executive branch has the responsibility for executing the laws and the judiciary to interpret the laws. Presidents and Governors who create mandates circumvent and even undermine the constitution. Leaders should teach correct principles and let citizens govern themselves.

I encouraged Attorney General Reyes to sue the Federal Government over their oppressive vaccination mandates. I continue to work alongside other legislators to create legislation to provide options for individuals and families who are being threatened with the loss of employment. 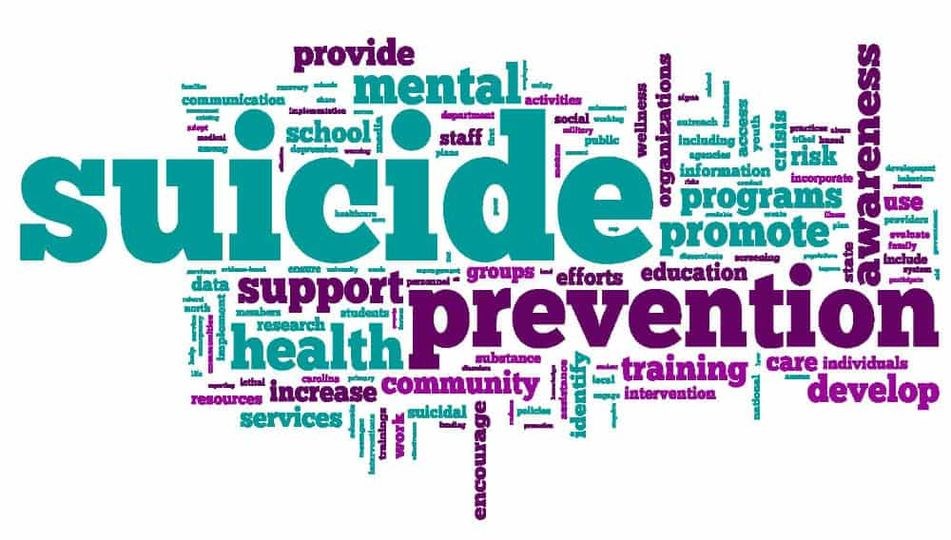 During and after graduate school I completed internships at the Utah State Hospital as well as in a family therapy practice. I also spent several years working in a 75 bed behavioral medicine unit and then as a high school counselor. These experiences, as well as my life as a dad and grandfather helped to form my deep concern for the mentally ill and especially  those contemplating suicide. While in general I believe social services are best provided by churches, families, and non-profit organizations, individuals with mental health issues are too often unable to reach out for help and are especially vulnerable members of our community that need a unique approach. During the 2022 General Session I was glad to support several important mental health bills including; SB171 - Behavioral Health Curriculum Program, HB236 - Behavioral Health Amendments, and HB278 - Behavioral Health Treatment Access Amendments. I did oppose bills that were intended to provide redundant services.

In Utah we are fortunate to have SAFEUT which is a free service that answers crisis calls and chats about yourself or someone else, 24/7/365. The services are provided at no cost and are always confidential. 833-372-3388 During the general session I sponsored two bills that improve election processes and increase voter confidence.

HB87 requires county clerks to maintain the voting roles 90 days before each primary and general elections. Regular voter list maintenance will go a long way in ensuring that only eligible voters will be sent a voting ballot.

HB411 requires that all problems with absentee or mailed in ballots are addressed and solved 3 days prior to canvasing. As we experience one of the worst droughts in Utah's history I was glad to support several important water bills during the 2022 General Session including; HB282 - Water Wise Landscaping Amendments, HB410 - Great Salt Lake Watershed Enhancement, and HB33 - Instream Water Flow Amendments. Like most Utahns I am disturbed that anyone would ever demand anything as irresponsible as “defund the police.” There can hardly be a more reckless and thoughtless suggestion. I was glad during the 2022 General Session to support several important law enforcement bills including: HB23 - First Responder Mental Health Services, HB12 - Public Safety Retirement Amendments, and HB426 - Law Enforcement Training Amendments.

I believe we need to reduce federal and state mandates, increase teacher training and pay, and implement more efficient and effective ways to teach children and prepare them for careers, family, and life. I believe Utah has the brightest students and the most hardworking, dedicated teachers in the country.

We need to empower parents to make the best decisions for their children... the students. All the various educational opportunities out there for our students, from traditional public schools to public charter schools, to private and online schools, and homeschooling need to be pursued. Parents should be free to find the way that is best for their own individual children.

The Cache GOP Platform says, “We encourage systematic changes in the funding and administration of education in Utah as necessary to further promote excellence, parental involvement, more choices and competition, and better opportunities for our best teachers and administrators.” 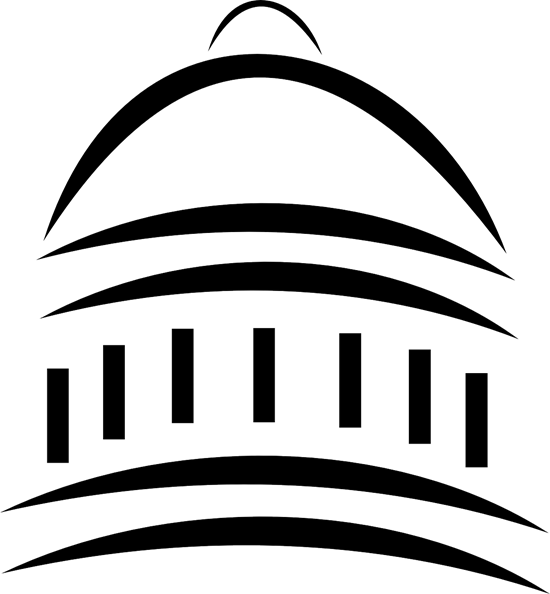 I believe lawmakers should evaluate each bill that crosses their desk by looking through two lenses. The first lens is the U.S. Constitution and the second is the GOP Party Platform. These documents are filled with truths that when understood and followed help lawmakers clearly see which bills are necessary and useful to the people and which are not.

Delegates are tasked with researching candidates to determine who will represent them best and should appear on the primary election ballot.